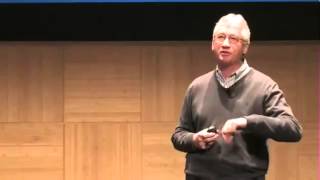 During a recent client coaching event, a participant questioned whether we can really change behaviour. As an Anthropologist she believed we do not fundamentally change and that we "are who we are". In one way she had a point and the debate on nature vs nature rumbles on. Both affect who are we, but it is our environment that heavily influences what we do.

The key is that we address behaviour, not character or innate moral compass. We all have the latter and this may or may not change much, but how we react to its signals and pressures around us, or create such an environment as influencers, is key.

For example we all react viscerally to unfairness, e.g. when a colleague appears to be rewarded for what, in our view, is not merited behaviour. Perhaps we know how they achieved the particular goal that triggered the reward. This is a powerful motivator in much recent social and political upheaval (Brexit, Trump, #MeToo).

To see the power of this, click on this image.

Research (Business culture and dishonesty in the banking industry, by Alain Cohn, Ernst Fehr & Michel André, December 2014) has shown that people can become dishonest in a banking environment. Just as with the Capuchin monkey, we can change behaviour by changing the reward structures (only cucumber, or only grapes) towards the behaviour we truly want. We know what that behaviour is, but it is often easier to reward the easily measurable, such as financial results.

The UK regulator (FCA) expects firms to move away from such short termism towards better customer outcomes. It is evolving its supervision and enforcement approach based on behavioural science. r

See FCA OCcasional Paper OP24 from December 2016. In their new supervisory approach using 5 qualitative questions on how firms conduct business, the FCA also looks for authentic commitment to identify and remedy problems and create a culture that rewards better conduct and challenge.

If, as a senior manager, you have not read these papers - you should. You should also make yourself aware of cultural attitudes, habits and biases that have become embedded and invisible in the industry then work to address unseen, but embedded incentives that encourage perverse behaviour. It is not a question of changing behaviour, but crowding out the poor behaviour and rewarding behaviour that drives value in the long term.

At Calitor we have developed practical ways to enhance existing programmes that can drive changes in behaviour, without wholesale restructuring.